Billy Ray Johnson has become the center of a developing controversy over mask usage in the network he manages. Johnson works for well-known food processing company Mystery, Inc. Mystery requires mask usage on all company prefixes. Johnson has a different perspective, however. “Look, I’ve tried every mask possible on these things, /8, /24, /29, hell I even tried a /31 and they just don’t work - everything still pings.” claims Johnson. He goes on further to tell us that more nefarious forces are at work in pushing the mask agenda. “We all know the IETF is really run by Elon Musk so that he can backdoor into your network and steal computing power for mining dogecoin and running the off-planet moon and mars bases”

Johnson started to attract the attention of the leadership at Mystery when they first discovered he was removing the masks on prefixes against company policy. Mike Judge, a mid-level manager at Mystery described the confrontation as tense. “Billy Ray clearly violated company policy but was resistant to change because ‘he’d done his own research’ and couldn’t let the company perpetuate lies and propaganda.”

Shortly after that exchange, Mystery management discovered materials that linked Johnson to well-known anti-prefix-mask and conspiracy group 802.1q. Followers of 802.1q more commonly known as “dot1q’s” believe that Elon Musk and his inner circle are responsible for running a token ring of deceit and lies that’s fixated on bringing down ethernet networks and restoring token ring to its former glory. 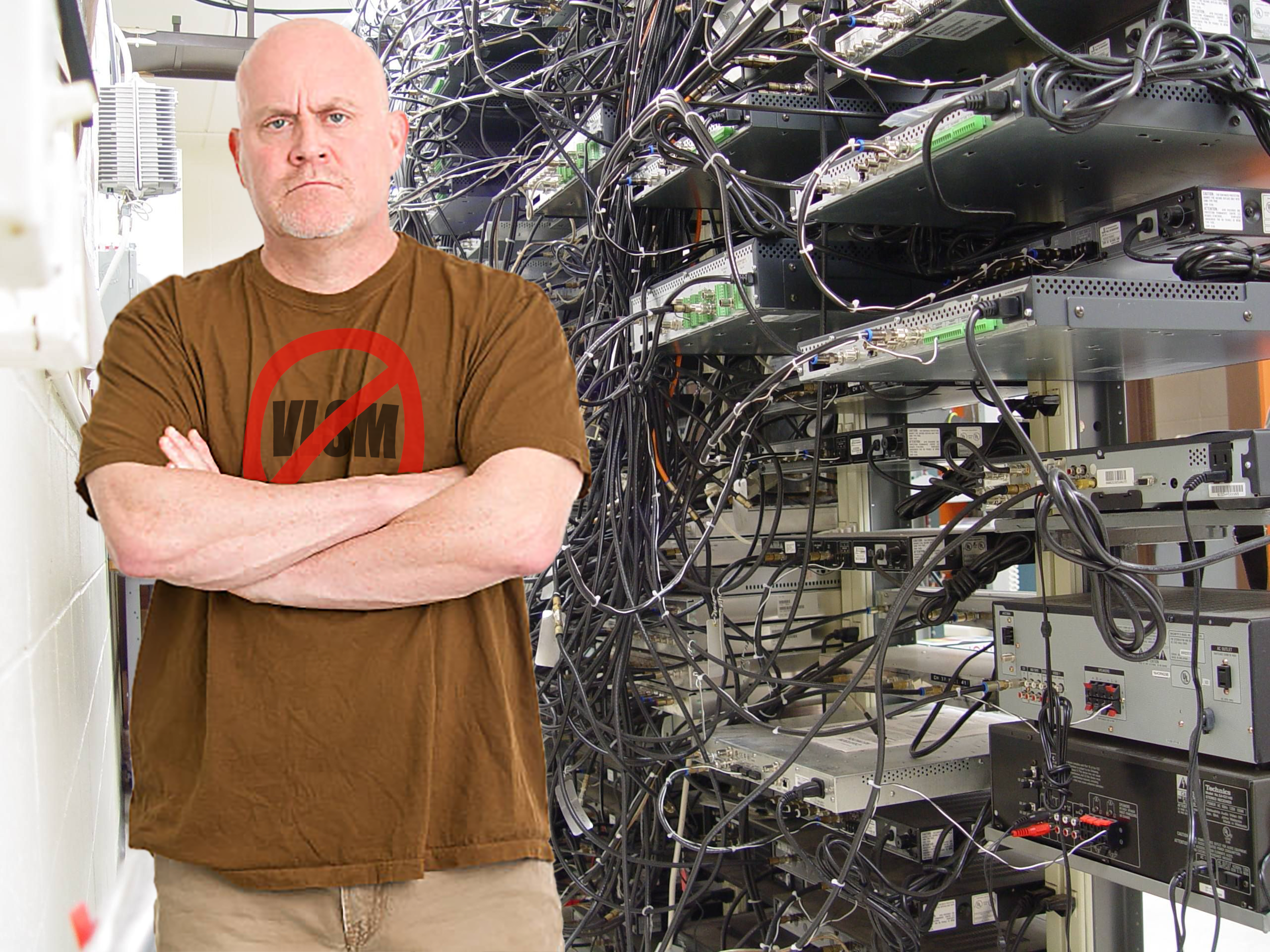 To complicate matters, Johnson has gained a substantial following of anti-prefix-maskers on a VLAN that he administers. He’s told us that “a significant number of IT employees have rallied to the 802.1q cause but forces working against him have limited group membership to 254.”

The struggle over prefix masks is not unique to the Mystery IT department as technologists across the world work to combat myths about prefix masks and the “issues” they cause in ethernet based networks.

When asked about the phenomenon known as IPv6 that’s spreading rapidly across the world, Johnson became visibly unsettled and told us that IPv6 was engineered by another country hoping to exert control over the US and NATO allies.

“Look these masks were out of control before, but you expect me to believe that we need /64, /127 or /128 masks and then a bunch of phony baloney letters and numbers to make the Internet work? IPv6 is about the control plain and simple - it’s unnecessary, untested and I won’t ever use it.”

Editor’s Note: Johnson has since been fired from Mystery, Inc and is now attempting to form his own 802.1q working group of like-minded individuals.